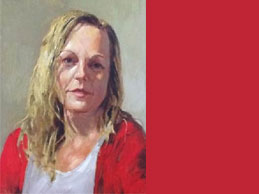 Join this oil painting workshop with guest artist Jeff Wright.  To be held on 21 – 22 June 2014, cost $150.  Numbers are strictly limited, and first in first served.  For more information phone Janet Buckton on 0428 820 440 or email Janet on janetbuckton@bigpond.com.  Click here for Workshop Enrolment Form.

Born in Newcastle NSW in 1955, Jeff has lived in several locations in the
country until settling in Griffith in 1977.

He studied under the guidance of Victorian artist Lance McNeill for many
years until 1992. Jeff honed his painting skills to a high degree with the
ability to depict a variety of subject matter, including Sill Life,
Landscape, Seascape and Portraiture.

Working as a professional artist since 1994 he has held solo exhibitions in
Sydney, Melbourne, Wagga Wagga and Griffith as well as participating in
several joint exhibitions. His work has been well received and hangs in many
collections in Australia and overseas.

An important component of Jeff’s work is the use of strong light to
highlight tonal depth and intense colour. Balance and harmony are also
achieved by the careful arrangement of space and the relationship between
all the elements depicted on the canvas.

The majority of Jeff’s work in recent years has been executed in oils,
although he does paint in water colour and pastel as well.

Jeff Wright’s fans are usually not satisfied with just one picture by this
accomplished artist, and look forward to his new works, which are always
fresh and different.